Similar to XY Scatter Plot charts (above) where you compare correlations between data, you may elect to use a bubble chart to additionally view data variances.

Beginning with the same data set for XY Scatter Plot charts example, I added some data to indicate significantly more data points within the 3 hours of study resulting in a grade average of 3.0 or greater. 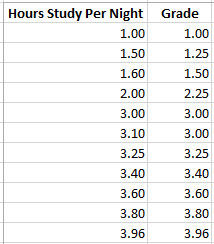 Using the same steps as before to highlight the data set and select a chart, I elect to use the Bubble chart instead. 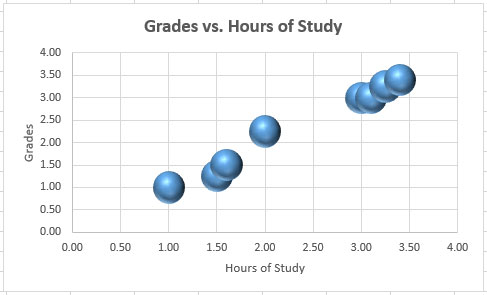