Use a Bar Chart to Communicate Important Trends

In my Charts article, I briefly described how to create the most common types of Excel charts.

In this article I will highlight important considerations when designing a bar chart to ensure its ability to intuitively illustrate patterns within data.

First, I’ll begin with a simple dataset of disease diagnoses for age groups beginning with new born children up to those of 99 years.
The dataset contains different age groups as the primary identifier for each row and Diagnoses as its only variable.

After building a simple bar chart, its clear diagnoses are higher earlier in life for this particular disease than during the patients’ middle ages, then spike and continue that trend until death.

First, present the user a brief description for the purpose of the chart at the top, above trend display. In this case the title “Diagnoses across Age Groups” quickly communicates to the user the chart’s purpose.

Ensure the x-axis (horizontal) displays the primary identifiers (Age Groups) from the dataset and all values for the variable Diagnoses fit within one of the age groups.
Next, provide the user with a standard to measure the values for each bar for each age group.
In this example the first age group is 0-8, but the user won’t understand the significance of that bar unless they can visually compare it to the measurement scale to its left to see the bar’s highest value resides between 50 and 60.

For further clarification you may also denote each bar’s highest value by assigning a label at the top of each bar. 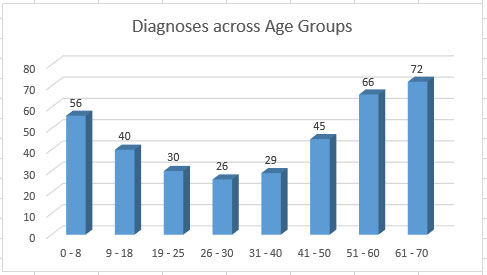 In this study the order of the age groups is more important than displaying bars in the order according to their value, but you may choose to do so where it is important for the user to quickly discern highest values.

This display quickly communicates the highest diagnoses fall within the two oldest age groups, with the third being the youngest age group. 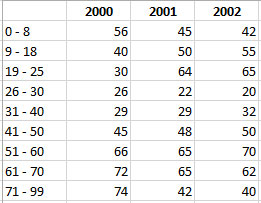 Now when I update the chart, I’m presented with three bars for each age group denoted each year’s diagnoses.
When presenting multivariate bars, ensure each bar leverages a color distinct from each other to ensure the user can easily distinguish the difference in values (along with the measurement scale previously described on the y-axis). 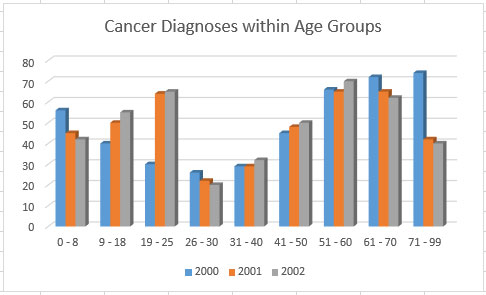 Here is another example of a multivariate study, but instead of separating the variable values into separate bars, the values are stacked upon each other. 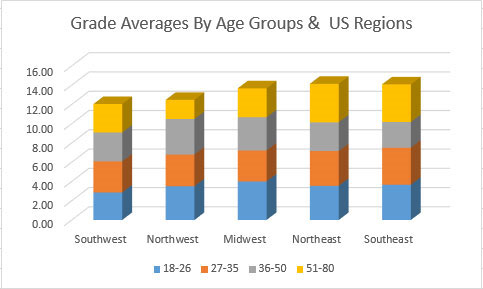 Ensure when displaying multivariate trends in a chart (or any type) to provide the user a separate chart element which clearly explains the different variable values. In this case the chart distinguishes each year by a distinct color, but the chart doesn’t state the year indicate by each of those three bars.
A separate chart element displayed below or to the side of the chart acts as a key or legend to help the user understand the purpose for each bar – years 2000, 2001, and 2002.

In some cases it may be more intuitive to display trends horizontally to the user as in this chart which shows Sales by Region. 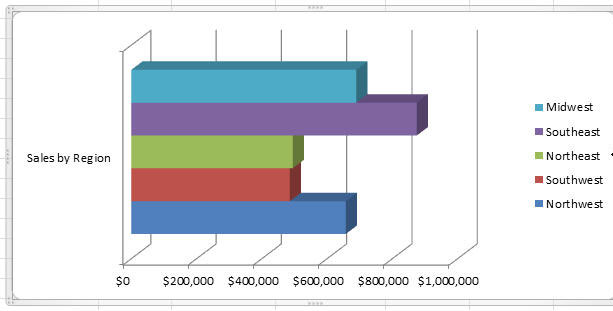 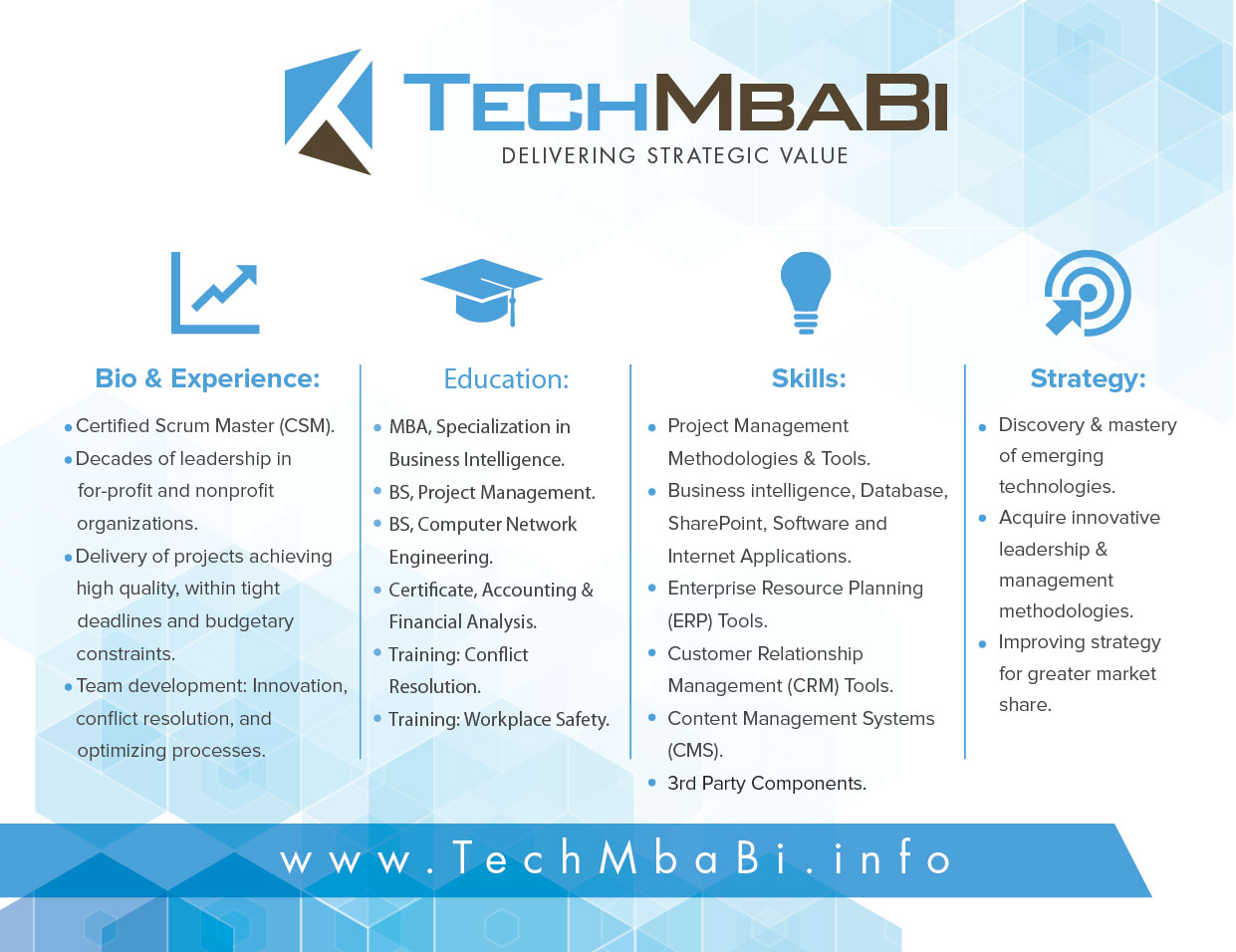