As part of the S.O.L.I.D. design principles, the Single Responsibility Principle (SRP) ensures each class should only have one responsibility.

This principle proactively ensures classes begin with a narrow focus, preventing future changes from affecting other parts of the application.

In my previous article OOP: Class Design, I illustrated how a class is modeled after a real-world objects with its attributes (data) and behaviors (methods).

However, for each behavior attributed to the class, that represents another potential reason why that class might need to change.

Instead of a large class template from which to create objects, I’ll define an interface for users desiring employee functionality with very specific behavior defined. This interface ensures all classes which inherit it, must provide their implementation details for each method defined in the interface. This defines a contract between the interface and its users and represents functionality which must be implemented. 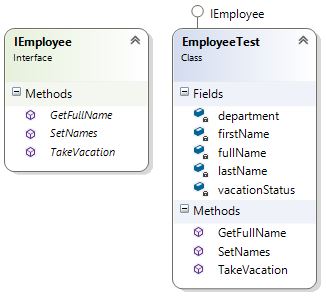 Following this principle results in many smaller classes with cleaner, more understandable code, which means its less fragile to change.

For example, if an employee supervisor needed to conduct a performance review of a subordinate, I could define a new interface to inherit providing a signature for that functionality. I don’t need to change the existing IEmployee interface or any classes which inherit it. In other words, new functionality may be added to the codebase without affecting exsiting code.

To recap, using the SRP ensures objects exist with only one responsibility or purpose and any changes may be integrated without affecting other parts of the application.